Dr. Ioana Vlasiu is senior researcher at the Institute of Art History „G.Oprescu” of the Romanian Academy. In 2009 founded The Center for Brancusian Studies ”Barbu Brezianu”. Her main field of research is modern Romanian art in the context of European culture. She has published books, numerous studies and articles on modernity, avanguard, feminism in Romanian art and has co-authored important exhibitions on Romanian art of the inter-war period. She has recently coordinated the Dictionary of Sculptors in Romania. XIXth-XXth century, Publishing House of the Romanian Academy, Bucharest, 2011-2012. She has also organized several symposia and conferences at the Institute for Art History.  She has been the recipient of grants and fellowships from Getty Grant Program and Collegium Budapest, Institute for Advanced Study and she is currently member of the editorial board of Revue Roumaine d’Histoire de l’Art and of the Association internationale des critiques d’art (AICA). 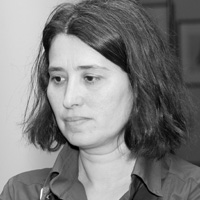 Dr. Corina Teacă is a Sr. Researcher at the Institute of Art History “G. Oprescu”, dept. Romanian Modern Art. She has a Phd in Visual Arts, UNAB. 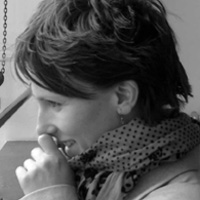 Dr. Irina Cărăbaş is lecturer at the Department of Art History and Theory, National University of Arts in Bucharest. She is the author of several studies concerning the Romanian avant-garde, constructivism, avant-garde journals and Socialist Realism, published in periodicals and  collective volumes. 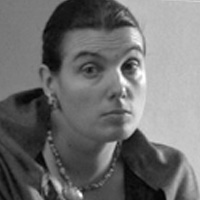 Dr. Ruxanda Beldiman is a researcher at the “G. Oprescu” Institute of Art History of the Romanian Academy. In 2011 she published her PhD theses on Pelesh Castle (Castelul Peles, Expresie a fenomenului istorist in România, ed. Simetria). She has participated in numerous conferences and also published several articles on Romanian royal and aristocratic architecture and collectionism of  the 19 th and beginning of the 20 th century. 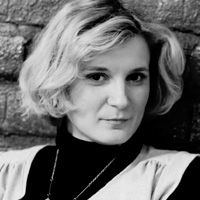 Dr. Olivia Niţiş is a curator and art historian. She is a researcher at the Institute of Art History „G. Oprescu” of the Romanian Academy. She has a PhD in visual arts (Faculty of Arts and Design of the University of West, Timișoara) with a thesis focused on Marginal Histories of Feminist Art, The Western Inheritance in Central, Eastern and South-Eastern Europe: Influences and Differences. She is a member of the International Art Critics Association since 2009, regional coordinator for The Feminist Art Project (Rutgers University, New Jersey) since 2008 and vice-president of Experimental Project Association organizer of IEEB (International Experimental Engraving Biennial). She organized the first major international feminist art project in Romania, Perspective 2008. She was recently a fellow of New Europe College – Institute for Advanced Studies in Bucharest with a research on Body Politics and the Mechanisms of Power in Romanian Art during 1970s-1990s and she has co-curated with Bojana Pejić the international exhibition Good Girls. Memory, Desire, Power presented in MNAC (the National Museum of Contemporary Art in Bucharest) in 2013. 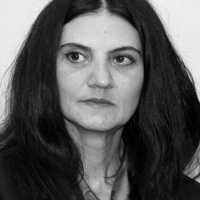 Virginia Barbu since 2007 is a researcher within the Modern Art Department of the Institute of Art History ”G.Oprescu”. Graduated from the National University of Arts Bucharest (2003), she is a Ph.D. student at the Faculty of Art History and Theory in the same University with a thesis on brancusian exegesis. She worked as a lecturer at the ”Ion Mincu ”University of Architecture and Urbanism. She is coauthor of the Dictionary of Sculptors in Romania, XIXth-XXth Century (vol.I-II, Romanian Academy Publishing House, 2011-2012). She published prose, articles and studies in: Convorbiri literare, Ziua literară, Familia, Cafeneaua literară ,Viața Românească, Ziarul de Duminică, Revue Roumaine d'Histoire de l'Art, Studii și Cercetări de Istoria Artei. 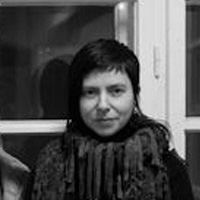 Alexandra Croitoru is a visual artist based in Bucharest (RO). Between 1993 and 1998 she studied at The National Academy of Arts Bucharest; since 1999 she teaches at the Photo-Video department of the same institution; since 2010 she is a PhD candidate at UNArte, researching on the cult of Brancusi in Romania; since 2011 she is co-curator of Salonul de proiecte, an independent program that runs with the financial and logistic support provided by MNAC. 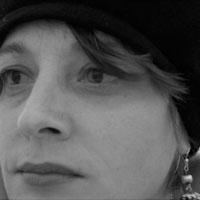 Dr. Elena Dumitrescu is a sculptress and a metal restorer. She graduated The National Arts Academy of Bucharest (1997) and she is currently a university lecturer at the Sculpture Department of National Art University of Bucharest. In has a PhD with the thesis “Significant Marks on Bronze Monumental Sculpture” and two years later issued a book related to the artworks in this material, named “Bronze sculpture – Art and Technology”. In 2009 she published “Child praying – Restoration of a replica” and in 2013 makes a exhibition of the restored art metal works from the patrimony of the Museum of National Art University of Bucharest. She has participated at various exhibitions in Romania and abroad.

Antoaneta Alexandru senior librarian IA, head of the library. Graduate of the University of Bucharest, Faculty of Foreign Languages and Literatures, French and Russian language and literature.

Maria-Magdalena Anghelescu senior librarian IA. Graduate of the University of Bucharest, Faculty of Letters, Romanian and Latin language and literature.

Marina Aposteanu senior librarian I. Graduate of the University of Bucharest, Faculty of Letters, Bibliology and Information Science.

Sorin Chiţu photographer. Graduate of the Polytechnic Institute of Bucharest, Faculty of Mechanics.

Maria-Cleopatra Buleu, (technician) accountant-economist IA, graduated from the Faculty of Commerce of the Academy of Economic Studies of Bucharest (1985).