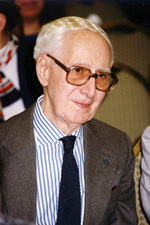 He published poems collections Nod ars and Zăvor fermecat,  prose volumes Jaf în dragoste and Desferecare,  he made an exemplary translation of the Finnish national epic  Kalevala, he translated writers and poets like Balzac, Kipling, Molière, Villon, Ronsard, Nodier and others, he wrote monographic studies on main Romanian artits: Karl Storck, Nicolae Grigorescu, Nicolae Tonitza, he signed chronicles on music and theatre in the inter-war press.

Brancusi in Romania, the masterpiece of  Barbu Brezianu, with its four editions (1974, 1976, awarded by the Romanian Academy, 1998, 2005), is aknowledged as a rigorous and refined historiographic approach, a landmark in the international brancusian exegesis.
His researches were focused upon connections between the Est and the Vest understanding of the universal Brancusi, in times when  contrasts  seamed to be insuperables on both sides of the iron curtain. His sustained effort was to fill the informational and perspectival gaps, for a closer vision to the truth of the complex Brancusi's work and personality, wich questioned the art concept itself.

The passion and devotion of his approaching to Brancusi's life and art, defending his works of art with the most fine and persuasives writing instruments against forgetfulness, mystification or destruction, speaks about the amplitude of his spiritual adventure that he practiced almost a half of  his existence. By his classical scholar profile, the finesse and the amenity of his character, Barbu Brezianu remains a symbol of spiritual resistance in troubled times wich stamped the Romanians history from the last century.